The Hairy Ones (FREE FICTION) 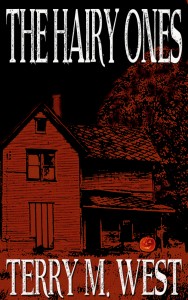 (Authors note: You can read the story here, download a PDF or scroll to the bottom for an audio version!)

Red Hammond knew the consequences of chasing other gods. There was a law, a holy decree, which he was breaking. A sacrifice to the hairy ones was a blasphemous act. But he was committed to the demons in the woods by his very bloodline.

He had made peace with it long ago, but his wife, Nora, still fretted over it all. They had shared a home and life for nearly fifty years, but Nora still loathed this autumn ritual. She had been a Christian before her vow to Red. Nora had abandoned her faith to be with her husband. She had given up on her God and embraced the old ways.

Red and Nora’s aged armchairs rested side by side. Red had a newspaper pulled up to his face. Nora bit her lip and stared at the front door. She waited anxiously for the night to end.

“You know you’re not to go out there, woman,” Red cautioned. His eyes stayed on the newspaper as he reached for his pipe.

Nora settled back against her chair and frowned. “And they shall no more offer their sacrifices unto evil spirits, after whom they have gone astray,” Nora recited gravely.

Red put the paper aside. He took off his reading glasses and folded them into his breast pocket. “We do what must be done. We do what has been done for generations.”

“The blood of it weighs on me,” Nora confessed. “My faith weakens.”

Nora found more pain inside. Her gray face scowled. “You bring these lost children to me and I take to them, because I have none. You do this to me every year. You make me a mother for a month or so and then you tear them away and it breaks my heart, Red.”

“I know, mama,” Red said, taking his wife’s hand. “Our crops grow undaunted and we do well. But a price hangs on these things.”

The boy moaned louder. It was the only noise they could hear coming from outside. There was usually a chorus of coyotes at the river bed around this time of evening. This night, Halloween night, all was quiet and still out there. The hairy ones were coming, and the creatures of the forest hid cautiously.

Only Duncan, the homeless teenager Red had found in Weatherford, faced the darkness. He was naked and tied up on the porch, his arms and legs bound and spread between the wood columns that supported the porch roof. Red had engraved an ancient character onto the boy’s chest. Duncan bled from the cut, but Red knew the wound would attract no animals. The boy was marked for the hairy ones.

Nora had adorned the porch with decaying Halloween decorations and freshly carved jack-o-lanterns; but the farm was set so far into the wild that only the forest spirits could appreciate the display. Red had never greeted trick-or-treaters at the door of the house. He didn’t bother with holiday provisions. No one came to his step on Halloween; except the hairy ones.

“The boy was smart and so funny,” Nora carried on. Her heartbroken eyes were still on the door. “You never get to know them.  But I have to, Red. I have to make a home for them until the slaughter.”

“We’re kind to the pigs and the chickens as well, mama. But then butchery comes and we prosper. It is the way of things,” Red explained, sucking on his pipe.

They could hear the howls of the hairy ones in the distance. Red turned off the reading lamp, darkening the living room. He smothered his pipe.

“It’s almost done,” Red said, putting his hand on his wife’s knee. He felt her tremble beneath his touch. “One last chore and then this is behind us for another year.”

Nora closed her eyes and she shook. “The worst is yet to come. I hate it.”

“Just let them do what they will, mama,” Red urged. “It offends me as well, to be taken and to see you taken thusly. But it’s a part of this, and it all washes off.”

The hairy ones came closer. Red could sense them prowling nearby. Nora’s hand tightened on his.

The hairy ones had the boy. Duncan’s screams were rich with agony and terror and they rang through the thick gag that Red had placed across the boy’s mouth. Red always gagged them. Otherwise, the children would make frightened pleas to Nora, and this was a torture that she couldn’t endure.

The old couple sat in the darkness and clung to one another. They recited a dark and old prayer.

The screams subsided quickly. The torment never lasted that long. The hairy ones were too famished to be cruel.

Red waited for the flutes. They finally sang.

The two disrobed quietly. They were comfortable with each other in their bareness; neither had a shy bone. Red looked at his wife’s old flesh and he saw the flirtatious young girl who had trapped his heart years ago. He felt sad and dread tickled his stomach.

Red and Nora clutched hands and walked out into the night. They stood on the porch. The cold wind strengthened.

The boy was gone. The ropes that had held Duncan danced.

Faces crept into the glow of the jack-o-lanterns. The horned things were covered with fur and blood. Their smiles were wet and their black eyes shimmered with a horrible affection.

This entry was posted in Books and tagged books, Halloween Tales. Bookmark the permalink.

One Response to The Hairy Ones (FREE FICTION)