The Future of the Magic Now 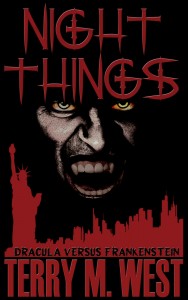 For the uninitiated, my Magic Now series takes place on a parallel earth where all manner of legendary creatures have come out and now are a part of our everyday lives. It is a dark and disturbing world where vampires, werewolves, zombies, ghouls, etc. have become the new immigrants. As a result, monsters are now chasing the American dream. Some are finding it and others are hitting rock bottom. Known as the Night Things, these monsters are fighting for equal rights among the living, as there are no laws to protect them; killing something that is already dead is not yet considered a crime. For many of these creatures, crime and prostitution become a way to survive the cruel streets. 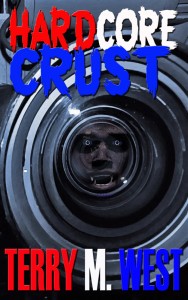 Hardcore Crust was the very first Magic Now tale. It introduced us to Gary Hack, a down on his luck exploitation director with a hunger for heroin. Living in a New York teeming with Night Things, Gary feeds his habit by producing monster pornography and extreme Night Thing fetish films for the underground market. It is a soul-stunting journey for Gary that leads to the next tale, Heroin in the Magic Now. 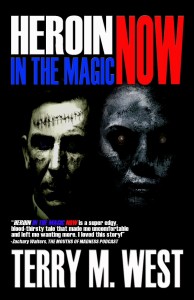 Heroin in the Magic Now

Heroin in the Magic Now introduced a pivotal character, Johnny Stücke, a patchwork giant of a man. Known as a monster mobster, Stücke is actually the creation of Frankenstein, now going under an alias and presiding over the Night Things. Stücke becomes a patron for Gary Hack, and the two collaborate on a zombie fetish film that results in a the extermination of a hundred or more zombies. Stücke immediately became a fan favorite character, and is given a more prominent role in Night Things.

The first two Magic Now stories (collected as Monsters and the Magic Now) were inspired by a dark period of my own life when I battled addiction. It became a cathartic place to chase my demons away. A reviewer, Bob Milne of the Beauty in Ruins site, said of Heroin in the Magic Now: “Equally disturbing and powerful, it’s a story that won’t get the audience it deserves, but which should be appreciated all the more for it.” 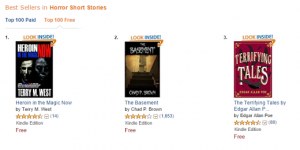 Like the misunderstood monsters who occupy the universe, Heroin in the Magic Now scared a lot of readers who were expecting, no doubt, an extreme gore fest of monster sex. When advance copies went to a ton of reviewers who weren’t vetted, thousands of copies were illegally downloaded, so this, of course, made it very hard to gauge how many people were willing to pay for the book. A Kindle freebie did yield a record amount of downloads and a heavy endorsement by Stoker award-winning author Lucy Taylor was definitely a shot in the arm.

A sequel was postponed for nearly a year as I tackled other projects. When I finally came back to it, I decided that the title needed to be something a bit more accessible. Night Things was born. While plotting this book, I decided to make it more of a monster rumble, in the Magic Now vein, between Dracula, a vampire with a messiah complex who tries to rally the Night Things into a war against humankind, and Johnny Stücke, who wants to keep the status quo as he feels a war would lead to the wholesale extermination of the Night Things.

Gary Hack is still our main guide, but Night Things will be the conclusion of his story-line. Hack was a dark fictional representation of me, and he served as an appropriate guide in this dark new world. But there are others in the Magic Now universe, and we will see new guides in future entries. I am also considering a Night Things anthology down the road.

Night Things will be available sometime in 2016.

This entry was posted in Blog. Bookmark the permalink.

One Response to The Future of the Magic Now