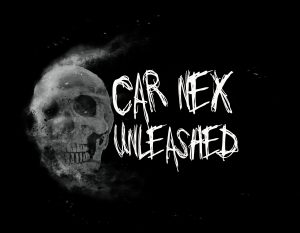 Pleasant Storm, Texas. 1965. A God-fearing family man finds an ancient book of secrets and is compelled to perform a blood ceremony. The Car Nex is brought into our dimension, and Hell is given form and fangs. Weapons will not slow it. Prayers will not stop it. It is coming. And it hungers.

In 1997, I wrote a short story titled CAR NEX. It was published in an e-zine called House of Pain. In 2012, when I decided to reemerge from my crypt, I released Car Nex as a short story on the Amazon Kindle platform. To date, it is the most popular short I have released. It has been downloaded thousands of times. A year or so ago, I decided to let other writers take the character for a spin and some great tales were created. I invited authors whose work I dug and who were familiar with the character. I had a lot of writers contact me, eager to put their own spin on the demon, but I just couldn’t publish every short story that was pitched. It takes a lot of time and effort to monitor sales and send royalty statements. I am no longer publishing new stories, but that doesn’t mean you can’t create your own. I have decided to start the Car Nex Unleashed program for horror authors who want to put their own mark on the character. Here is how you can use my character:

First step: Read it! Your story must be based on my short. You can grab it for $0.99 here!

You may use any element from the first story that you like. The town, the characters, WHATEVER. I am allowing you to create one short story with this agreement. You will own own the copyright to the story, but this must be placed at the beginning:

Your story cannot be longer than 20,000 words. You can self-publish, sell it to a magazine or anthology. You can have an Audible version created as well. But you must use the terminology/blurb above, wherever your story appears. You are using my character for the purpose of creating a stand alone story. You may not use the character in a franchise or series based on my character. You may not develop your story into a graphic novel, comic series or film adaptation. If filmmakers are interested in using the character, they can contact me. You cannot state that I have endorsed your story in any way, unless you have sent it to me and I feel strongly enough to give you a blurb or a thumb’s up. If you contact me once your story is published, I will be happy to share a link on Social Media for you. If you decide to create your own Car Nex story, please send me the info so  I can add it to a database.

Okay. Now let’s see what you have!