This blog is for people who have read my recent Magic Now novel, Night Things: Dracula versus Frankenstein. While I didn’t go completely Game of Thrones in this book, it is a very dangerous world and some of the characters didn’t make it. And there has been a strong reaction to one character’s death that I honestly did not expect. Now, here is where I have to say

If you haven’t read the book but intend to, this is a good place to close the tab and come back after you finish. 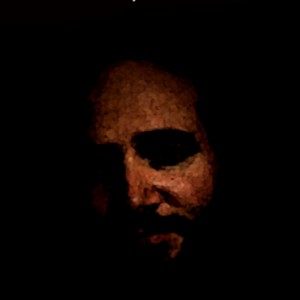 Gary Hack dies near the end of Night Things. He dies of an overdose after his daughter turns on him and he is devoured by a small horde of zombies in an alley. He now haunts the streets of NYC as a ghost since he refused to move on because he wants to look out for Holly.

I was pleasantly surprised by the reactions of early readers/reviewers to Gary’s death. Though many understood why it happened, they felt that Gary was cheated of his chance at redemption. That quite a number of people were attached to Gary, though he was actually a pretty despicable character, touched me.  Now that the book is out, I have had quite a few objections from new readers as well, with many giving me ways to bring Gary back to the fold. But here is where I need to ask a question:

Why do so many of you assume Gary’s story is done? This is the Magic Now, and many of the characters are dead or undead. Ghosts often linger because they have unfinished business. Gary can still redeem himself.

A series should retain the qualities that appeal to fans, but it should also constantly evolve. The first two Magic Now stories were deeply personal, but I saw the potential in expanding the world beyond Gary’s dark and bleak viewpoint. The Magic Now world is a big one- as big as ours- and there are other shoes for you to walk in. Minor players will now become major ones: Stücke, Glass, Abraham, Holly, Ella, Dr. Herbert West.

I felt that leaving Gary behind the wheel would have limited the scope of my stories. It would have become formulaic. He needed a major change that would take him out of the picture. But not forever. I promise you that Gary will return. So don’t count him out.

I don’t know when he will pop up again, but you will feel his presence. And you will see things through the eyes of others (most notably Carol Haddon, who debuts in the next book). These characters will have a different perspective and this will keep things from becoming stale.

One more note for people who have yet to read Monsters and the Magic Now: the content is more graphic in my first book, so please keep that in mind if Night Things inspires you to read the prequel.

My thanks for making the recent launch of Night Things a success! Look for the next book later this year!