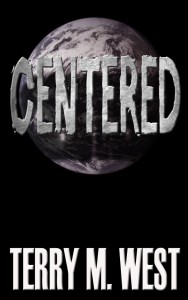 Bryce Newman was burning it all. His cards were maxed. His savings were gone. He was leaving nothing behind. His children, eight year old daughter Sara and six year old son Derek were playing loudly in their rooms with the toys purchased during today’s shopping spree. The stores were having sales like it was the end of days; some were even calling them the End of Days sales. Bryce wasn’t concerned with his credit rating anymore. If the world were to somehow right itself, he would declare bankruptcy. It was a predicament that he would gleefully welcome.

Bryce was in the kitchen of his home making steaks yet again for dinner, though he was sure his children would be stuffed from the candy and soda they were allowed without restriction.

He looked to the boarded kitchen window. Bryce knew what was out there, just beyond the idyllic beauty of the backyard that he and his wife had sculpted together, but he now alone maintained.

There was death, madness and martial law outside his white painted fence, as well as a quickly descending curfew. Getting outside was becoming more and more difficult. He was glad he was able to spoil his children one last time, because he doubted they would be able to go back out there. The nightmares were intensifying and the government no longer had a handle on it. Thankfully there were enough rations to last, and Bryce was sure the end was nearly upon them.

Preparing only three steaks made Bryce think of his wife, Charlene. He had lost her during the initial wave. Bryce was a graphic designer and Charlene had been a paralegal before the nightmares came. The black dreams drove the artistically bent to madness and death. Charlene was among the first to fall. The irony assailed Bryce endlessly and on numerous levels.

The monstrous thing at the center of the planet had heralded its coming through the dreams of the gifted and the insane. But now those dreams had spread to everyone. Bryce and his children awoke nightly in sweaty terror with a name burned into their memory that they dare not tell. The strengthening tremors that shook the earth dispelled the mass hysteria reports and other obsessed theories that had beset the Internet.

Bryce knew the worst had come for the duration when the government began executing anyone who uttered aloud that name from the nightmare. The beast below was somehow empowered by the people who called upon it, and it was slowly splitting the world in two as it came.

Bryce’s thoughts were interrupted as his children came running into the kitchen. Sara ran ahead of Derek. She was anxious to tattle.

Her brother shook his head intensely against the accusation. “I wasn’t,” he whined.

“Sit down,” Bryce instructed, putting their food on the table.

Derek looked at the meal on his plate. “Can I have whipped cream on mine?”

Bryce smiled sadly. “Yes, you can.”