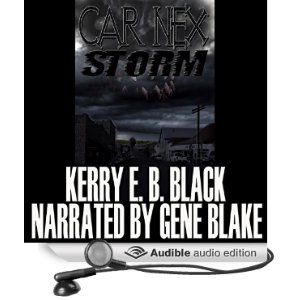 Mariah Dawn is a reporter for the Haunting Texas Landmarks website. She travels to Pleasant Storm, Texas, to visit the scene of the 1965 Campbell Massacre. While photographing the decaying remains of the farm for a piece on the anniversary of the murder spree, she finds an ancient book hidden on the premises. Mariah enlists the aid of Theresa Noble, her best friend and a linguistic anthropologist, to translate the book. But as the words are revealed, the evil responsible for the Campbell tragedy is once again unleashed. A storm is brewing. And it won’t be pleasant.

The Car Nex story series presents tales from a variety of horror authors based on Terry M. West’s wicked demon the Car Nex.